I know that my character is being bandied about some office somewhere in Edmonton and I can't even defend myself.

It all started when I pulled my not-going-to-replace-until-it-dies-out-of-principle mini van up to the entrance of a parkade in downtown Edmonton and slowed down to make sure I could go in. And in those few split seconds a car pulled up behind me horn blasting. Naturally I think something is wrong. Maybe my van is too high? I look again. Looks fine. I go ahead. Car horn starts up again. Obviously something is really wrong. I open my door to check when the man in the car behind me comes storming out of his car angrily throwing words out that I mostly hear in cows-out-of-the-fence situations, demanding to know why I was parking in this private parkade? He threw a few expletive deleted's along with making his prounouncement longer than it needed to be. I remained calm and told him I was directed, by my chiropractor, to go to a reserved spot somewhere in the parkade. He cranked his voice up a few more decibels and suddenly it was my fault that he was going to be late for work never mind that his informing me that he was going to be late for work was in all likelihood . . . . making him late for work.

I was surprised at the volume and intensity of his ire. Surely this wasn't a situation worthy of such dedication? But he seemed to think so, as he waved his arms and added a few more unnecessary words.

So I looked at him and told him that he should maybe go back to his car and have his nervous breakdown there and as for me, I was going to close my door and carry on. Which I did. At my own speed. Of course as soon as he could possibly squeeze past me he did, tires squealing and, I'm sure, more expletives filling the small space of his car.

What a sad situation. The day was a glorious spill of sunshine, welcome after a number of cloudy, rainy days. It was early morning and this poor man had to start his day blaming someone else for his problems. Loudly. And, I'm sure, he is telling his story to his co-workers, shaking his head over this woman who had the audacity to hold him up by actually slowing down to enter a parkade.

So I thought I would tell my side of the story. Just because I can. As for the man, he still makes me laugh. I doubt he can say the same for me. Poor man.
Posted by Carolyne Aarsen at 8:45 AM No comments:

All my life, one of my biggest adventures was opening new scribblers and seeing that blank page waiting for me the first stroke of my pencil or pen. I loved the way some of the pages were still stuck together and I was the first one to peel them apart and put my own mark on the emptiness.

I feel the same way now, starting this blog. I called it Words in the Wind, because I'm a writer. Writers throw words out onto paper, onto computer screens, into the air and then we sit back and see how they feel, how they look, how they sound. On a good day, some will stay where they are. On a bad day, most will disappear. Like Words in the Wind.

Today, the mundaneness of my head cold precludes profound. Today, I'm just starting. Today, this is truly, just words in the wind.
Posted by Carolyne Aarsen at 9:36 AM 2 comments: 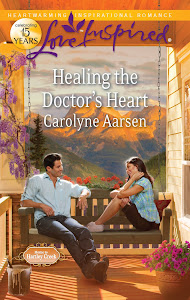 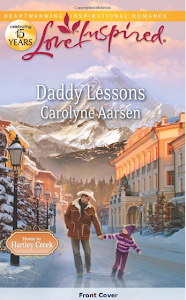 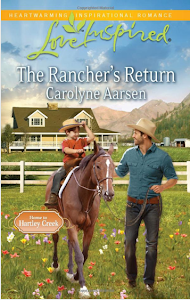